Climbing the Mountains of Consciousness 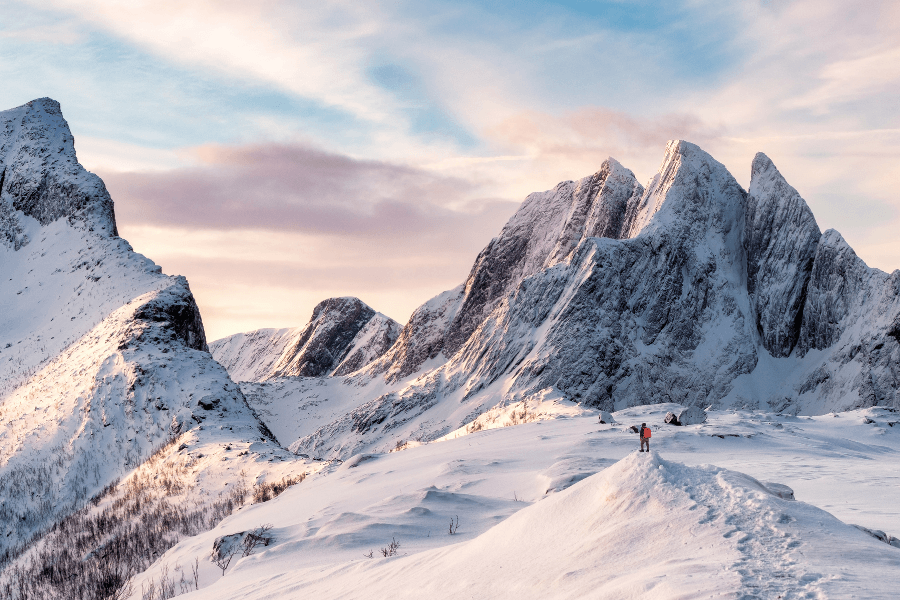 Namaste beloveds! Here we are in Breckenridge, a town in the Rocky Mountains of Colorado, where the elevation is about 9,600 feet (2,926 metres). The mountain rises to an incredible 12,998 feet and we have all had to be a bit careful about the thin air. As I write this, it is snowing fairly heavily, the world around us has gone white, beautiful and silent. I love it!

I have been thinking about consciousness, which is a habit of mine as you probably know. With Shivaratri just around the corner, and another year of mystical exploring having been experienced, further clarity about this fascinating subject has revealed itself.

Like the air in the mountains, which is thin and hard to operate within, so it is that really expanded levels of consciousness take some getting used to. Living in peace, feeling love for all, finding joy wherever we are, being fulfilled by simple things, being kind, forgiving and compassionate is not natural to us, in this time of Kali Yuga when astral gravity keeps us mainly operating in more mediocre fields of consciousness. When challenged by negative situations or people, we naturally tend towards being cynical, judgmental, critical, self- absorbed, selfish and skeptical. It is the Age we live in. We even get frightened of what expansion of consciousness might mean for us. Who will we be? What will seem real? What will be destroyed as lower consciousness caves in and higher mind takes over? Who will we be, what will happen to our priorities? What will our world look like? This becomes particularly strong just before we have a spiritual lift and shift. It is like a dark night of the soul before the blazing glory of grace takes root inside of us.

Genuine kindness is an example of higher consciousness. When we let it permeate our entire life, we find that we are in a field of added vulnerability compared to when we do not practice kindness. For instance, people might take us for granted, or use us. Yes, that is true they might. But if we have also learned self-love and the art of spiritual discernment, then such an outcome is far less likely.

When we can confidently operate from a paradigm of kindness then the world starts to transform. It is hardest at the beginning when we embark upon such an exploration, but the more we practice it, the easier it gets to maintain it with peace, joy and fulfillment.

It takes a different kind of consciousness to maintain kindness, particularly in the face of unkindness and meanness from others. That is where the whole notion of spiritual strength and courage kicks in. It is easy to be kind when everyone around you is kind, but much harder when they are not. Being kind beyond where it is the norm is strengthening to our soul, and inch by inch, will lead to the establishment of the higher consciousness, within which kindness is an integral component.

What are we letting in, what are we moving towards, and what are the sacrifices we are making to do so? We are all in motion so far as consciousness is concerned. Some are unwittingly trashing their consciousness, becoming more and more boxed into the lower ends of the spectrum through their choices, while others are climbing the mountain, even though the air is thin and it is harder to operate in that environment until you get used to it.

Which brings me to Shivaratri, which for me is a wonderful celebration, rich in spiritual depth and meaning. It is celebrated at the new moon in February/March (it is a moon festival just like Easter so the date moves around) Shivaratri, literally means ‘night of Shiva’ and is the night of the worship of Shiva, the Lord of consciousness, often called the Lord of destruction. He is called ‘the destroyer’ because when a new level of consciousness takes hold, for better or worse, it kills off the other possibilities. For instance, you cannot be kind and unkind at the same time. Choosing one destroys the other.

Every year, we run Shivaratri programs were we bless the world with compassion and unity, which is the mystical basis of true expansion of consciousness.

Different facets of the fascinating field of consciousness itself are discussed, activated and experientially received by us. You can expect blessings, fire puja, chanting and mantra as well as stories and ways that we can apply consciousness in our lives in different ways. I hope you will be able to experience this celebration with us, join in the chanting, come to some of the events. And if you cannot, then remember to chant: OM Namah Shivaya

You can join Shivaratri here.

← Prev: Significance of Shivaratri An Interview with Sri Sakthi Amma →