Shooting of Innocents and Facing our Delusion 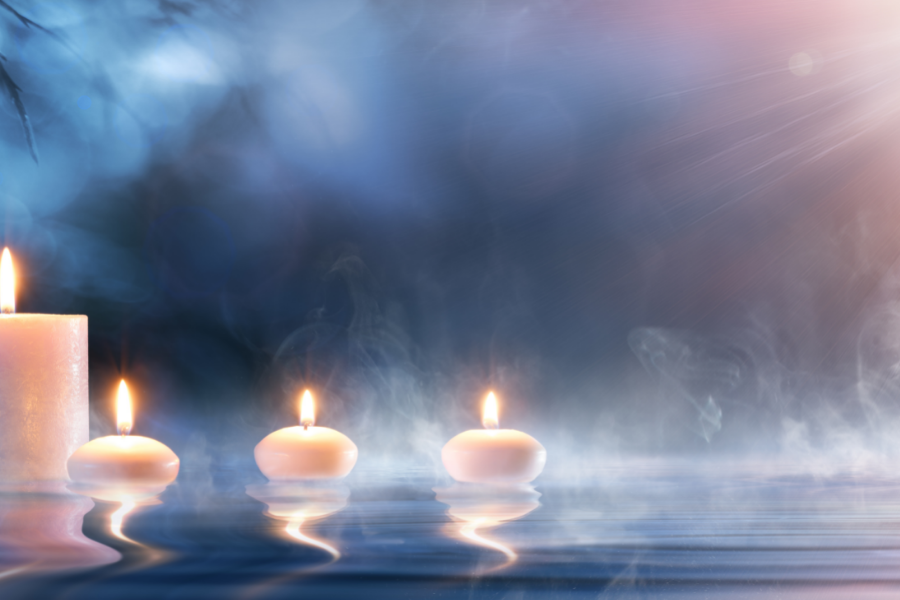 Shakti Durga shares advice on how to respond to the shooting of innocent children.

Today 26 people were killed at a school in Newtown Connecticut, including 20 very young, innocent school children.

The first thing to do is to fully support those who have been directly affected by the events. What immediate practicalities might be necessary? Friends, family and the entire state of Connecticut will no doubt rally to support the parents, teachers, survivors and the community. Times like this bring out the best in neighbors and strangers alike.

The other immediate necessity is that we not harden our hearts, but that we feel our grief, and grieve as people, as parents, and as a world community. We really need to express our innate compassion, empathy and humanity. To the families who grieve, the prayers of the people of the world will be with you, and at least for a time there will be an uplift in unity, as hearts connect in the face of tragedy.

I always get the sense that those who die in these mass tragedies are heroic volunteers whose mission is to open the hearts of their beloveds and their communities. God bless them and may they rest in peace.

As well as this, surely the energy generated can be used to fuel change. Isn’t it time for there to be a proper discussion about the licensing and appropriate limitation of access to firearms. This is not the first horrific mass gun slaying. Perhaps it might be the catalyst that brings change in laws that have allowed these events to occur.

In 1996 there was a mass shooting here in Australia. 35 people were killed and 23 wounded in the sleepy southern state of Tasmania. This came 6 weeks after a school shooting in Scotland where 16 children and their teacher were killed. The nation came to a standstill, we were shocked and disturbed and demanded action.

After these events, there was a huge surge of emotion and revulsion. Our then prime minister said: ‘the politics don’t matter, we have to stop this’. And he miraculously formed an agreement with all of our states to say that anyone wishing to possess a firearm must be over 18, owners must have secure storage for the fire arm, and must have a permit to have the gun. The first permit has a mandatory 28 days before issue and a genuine reason has to be given for having one. This might include pest control, hunting, target shooting or collecting guns. Self-defense is not accepted as a reason for issuing a license, even though it may be legal under certain circumstances to use a legally held firearm for self-defense.

Thousands of guns were collected and destroyed by the government just after this legislation was enacted. It felt like such a huge relief. Truly it was a good move for peace.

In the 18 years before the gun law reforms, there were 13 mass shootings in Australia, and none in the 10.5 years afterwards. Declines in firearm‐related deaths that had started before the law reforms got more rapid after the reforms (except for the smallest category of unintentional firearm deaths, which increased). No evidence of substitution effect for suicides or homicides was observed. The rates per 100 000 of total firearm deaths, firearm homicides and firearm suicides all at least doubled their existing rates of decline after the revised gun laws.

Giving something up is called surrender

Surrender is a strong spiritual principle that brings transformation and growth. There is no doubt that moving from a society where guns are prolific to one where they are controlled involves a surrender. The fact that the constitution allows anyone to bear arms does not mean that it is morally correct, or that this shouldn’t be amended now. Perhaps there needs to be a new look at this, and decisions made not on the basis of individual interest but for the greater good. This is a moral, ethical, spiritual and worldly question of values. I call on all of us to put our energy into peace. Unregulated and uncontrolled access to guns is not conducive to safety and peace. We know through experience that it is conducive to mass murders.

Whenever we really transform, we surrender something to gain something greater. All spiritual paths teach this.

There can be a lot of fear prior to the surrender, and a feeling that my safety lies in NOT surrendering. Think for example of when someone betrays us: our first response is to hold a grudge. When it is raw and painful, forgiveness seems impossible. Over time, it can still be hard, but the burden of carrying the grudge, blame and vitriol is worse. By surrendering that, we may feel vulnerable and uncomfortable, but when we move though it we are much stronger, lighter, happier and more at peace.

Surrendering guns is not different from surrendering anything else. The idea of it will no doubt cause some people to feel fear. All kinds of disaster scenarios can flash through the mind and fuel obstruction to the evolutionary path of banning guns. The people who experience this need our support, not our judgment. It takes courage to surrender something that can seem like safety, for something that statistically will be even safer.

The gun lobby may be very strong, but so was the slavery lobby, the smoking lobby, and the segregation lobby. So was the Berlin Wall. But things that are wrong do not last forever. As the entire culture evolves, these things that seemed normal in the past cannot stand any longer. The ‘truths’ upon which they were founded crumble. The evidence of reality gets in the way. We as a society change. We just don’t want to have to pick up the paper and read about yet another carnage, with dead kids and a society in terror.

I hope that this dreadful event and all the deaths, pain and suffering does not go in vain. May we all break through the Maya that we need guns to create peace and be safe. This is a huge delusion. Guns are not the answer, being actively peaceful is the answer. To create peace we need to cultivate it internally, and then it will manifest in our lives. If we don’t take the opportunity to raise our consciousness, nothing will be able to change. Gandhi said: “there is no road to peace: peace is the road”.

In the meantime, I suggest that children not watch the news, so that the horror does not become their entire emotional and visual diet at this intense time. Call on the Angels of protection, call on your spiritual tradition and tools.