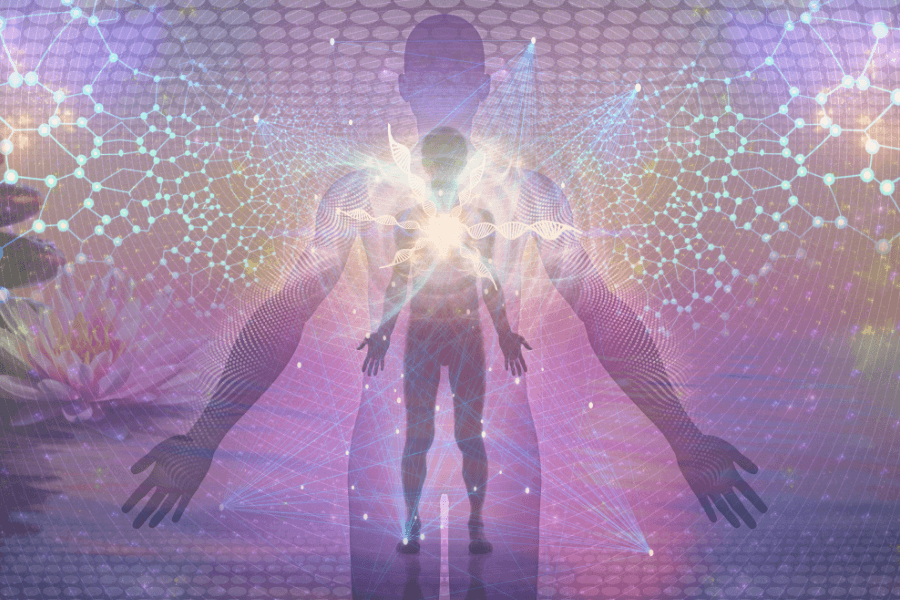 We are now back home after an amazing two weeks in the spiritual Disneyland that is India. For anyone going there the first time, it is a riot of colour and movement, energy and noise, extremes and contrasts.

Our first spiritual experience was with Amar Jyoti Babaji in Delhi. This wonderful man and Holy Guruji hosted around 20 of our Australian contingent to a satsang and lunch. He asked that I run part of the program and Maitreya, Parvati and I did some singing and group blessing which seemed to bridge the language barrier and landed in a way that was understood by the (mainly male) sanga.

We had a great discourse from Babaji and learned a new chant:

Mangalam means blessings. It is a prayer for blessings from Om, which is the creative sound of the Universe; Omkar, the Supreme Brahman or God beyond any knowable concept or form; Guru and the feet of Guru. We used this chant regularly during our retreat. Then we were off to Chennai (formerly called Madras) on the South East Coast of India, where we overnighted before going to Kanchipuram en route to our retreat destination, Narayani Peedam.

In Kanchipuram we looked at the wheel of Lakshmi, which we learn about in Dimensions of Wealth 2  (now called Anchoring Heaven on Earth). We focussed on the mansions of the soul where we needed some new structures in our life, to assist us to continue on our spiritual path with as much ease and grace as possible.

Kanchipuram has thousands of temples, but did not inspire me in the same way that other temple towns in India have done. After getting all the things we needed including appropriate wardrobe for a hot summer ashram experience, we set out for Peedam.

When we got there it transpired that the room we had been assigned to use for our normal morning program was much too small; we would not all have physically fitted into the space. Despite the size of the ashram, attempts to find another space proved difficult, and in the end we used the dining room for our first two morning sessions, which was not really optimal, and after that we used the garden. While it was a lot of work setting up for each and every session and then packing everything up again so that others could also use the space, it provided me (and maybe others) with a lot of opportunity to reflect and learn.

At first, it had troubled me that we could not find a suitable space. It seemed like our retreat format has always worked well, setting up a temple and maintaining a sacred space throughout the time of the event. Not having this felt wrong.

I had begun playing a game called: ‘whatever I see is me’. When I saw the beauty of the temples, I thought: ‘that is me’. When things were not going optimally or someone did something frustrating, I thought: “that is me” and I kept bringing everything back to self. It was interesting watching my thoughts and feelings rise and fall as the game continued from our first satsang in Kanchipuram onwards.

Sometime during the second or third of our sessions I was distracted by one of the senior disciples who was not paying attention and was engaged in her own agenda which no doubt was worthy and useful, but it was definitely blocking the energy that I was attempting to anchor from entering into her or those she was interacting with. It was like the energy didn’t really know what to do because two powerful Shaktis were both doing something different with it. As I was playing “that’s me” I had to think for a minute what it meant. When and how was I doing that?

In a flash of insight, I suddenly knew why we had not been given a room to do our practices. Here we were, having traveled halfway around the world to be in the presence of a genuine Maha Avatar, an embodiment of the Divine Mother Narayani, and I was trying to run my usual structured program! Oh my God! I was pulling the energy of the ashram into a shape I was familiar with, rather than letting that go and fully merging with Amma and the structures she was creating.

A quick course correction ensued. Instead of trying to be a leader in the situation as I usually am, I intended to dissolve. I asked Amma to flow through me and to run the program, and from that moment I just said thank you no matter what happened, (even when I got pissed on by a cow, but that is another story) and continued to play “that’s me”.

Stillness and some great new meditations resulted. On day 5 Amma invited me in for a private audience with Her and She asked a lot of questions about Shanti Mission and gave me some advice about how to really merge with the Divine. She told me to do more Puja (devotional practices which call Divine energy into various kinds of objects) and less admin! She said, with no prompting at all from me, that admin is not my mission it is other people’s mission, and so it drops my energy and that Shanti Mission was dependent upon my energy to optimise its destiny. So, fairly soon Pujas will be coming your way. We already have new moon fire pujas every month as a starting point at all of our centres. More will come, and I think you are going to love it.

Amma gave me a blessing and told me to be at the temple the following day, after which She was leaving for Singapore.

The next day we, along with a couple of hundred other people duly attended the temple complex. Amma was visiting the various sanctums and Murtis (Divinely infused objects) and blessing them prior to Her departure. At the end as she was about to get in her car, she called: “where is Durga?” I was buried somewhere in the big crowd, but managed to get to the front where She blessed me again and said: “Amma will take care of everything, don’t worry about anything”. She then got in the car and left.

The blessing was not like anything I have previously experienced, it was luminous, soft, huge and consuming. I am certain that it changed me and is going to help all of us to take some more steps spiritually into the amazing Divine world that is waiting for us to discover it – and move in!

In Amma’s world, everything is treated as though it is sacred. And you know what? Everything starts to emanate Sacred, Divine energy. In answer to sincere hearts and pure intentions, the Divine really does move in and install itself in statues, temples, Sacred cows, Sacred plants, in food (Prasad) and in everything. When we treat everything as Divine and interact with that much reverence and respect it changes the dynamic we may experience. Things are just different, in a good way.

One of the symbolic representations of the Divine in India is Ghomata, which is the Divine mother providing endless ‘milk’ (sustenance and existence) to the Cosmos in the form of a Sacred Cow. Sometimes her udder is pouring milk over a Shiva lingham: at other times the baby Kamadanhu, the cow-Goddess who meets all of our desires, is drinking from the Cosmic mother Ghomata. On our way home in Bangkok a bronze Ghomata statue almost jumped out at me in a shopI look forward to seeing you soon and sharing the blessings derived from dissolving into the Cosmic Mother Narayani, in the form of Sri Sakthi Amma.

← Prev: Heal Your Family Are Past Lives Real? →