The Holy Lake To Manali 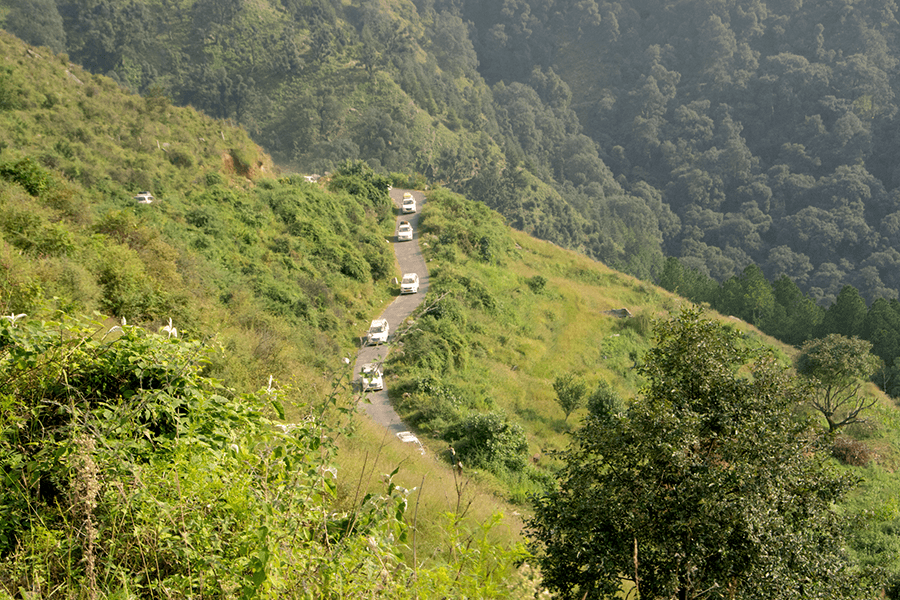 Manali is situated in the foothills of the Himalayas, with a river running through it. It is a gateway to many mountain attractions and high snowy passes. It is said that Manu, the original prototype of mankind, deposited the first humans on Earth here after the giant flood that is recorded in the spiritual mythology of almost every tradition on Earth.

Manali now is a vibrant city, a honeymoon destination, a hill station where one can escape the intense heat of summer. There are many hotels, parks, orchards of apples and pomegranates and brightly coloured buildings.

It began to rain heavily not long after we arrived, and all the next day. This meant cancelling our plans to visit another mountain top temple to Lord Shiva, as it would have been too dangerous. Instead we had a wonderful day with discourses from Swamiji in the morning, followed by a shamanic journey in the afternoon where Shakti Durga took the group of 80 people, half of which were from Shanti Mission and half long term devotees of Swamiji, to the Shiva temple on top of the mountain in etheric and astral form. We had the blessings of Lord Shiva, lots of music, mantra, bliss and fun.

It rained continually, for nearly 40 hours, and it was predicted that flooding would come to the Manali valley. We got ready to depart, and after the first half hour of rain, our experience was that we had no rain for most of our 10 hour traveling time until the end of the day when we were nearly back at the ashram.

We stopped several times to enjoy scenery, for Masala Chai, and for amazing meals. One stop on the side of the swollen Beas river to take majestic photos, another at a holiday park on the banks of the same river, and a stroll through beautiful gardens before getting back in the car again. One of the safest ways to travel is in the company of a Maha Guru! Two hours after we departed, the river broke its banks and the entire region was flooded, with a large bus and a truck being sucked into the river and washed away. Thankfully both vehicles were empty.

The valleys we passed through were breathtaking, with plunging waterfalls and thick jungle. Back at the ashram we slept well and then had a day of integration, meditation and music, before again setting off on another leg of our yatra. In the evening Himavan played the crystal bowls which Swamiji just happened to have, a brand new set that had been given to him.  He did a great job. Shanti Music played kirtan before and after, with more discourses and meditation. The Indian people loved all the music and our unique style of awakening to bliss.

In between times, a crew from India’s national news program came to the ashram to do a story about the visit of an  Australian Guru to Swamiji, and various members of our group were interviewed. That news piece ended up on the national news a couple of days later, and was viewed by over a billion people.

This photo is taken at one of the parks we stopped for tea and to stretch our legs while leaving the soon to be flooded Manali valley. 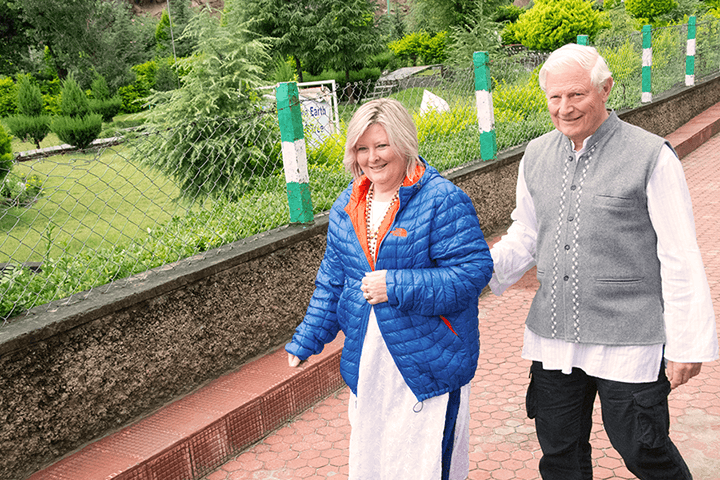 In the next letter I will share with you the culmination of our yatra, the journey to Shiv Khori cave high up in the western part of the Himalayas.

To join Shakti Durga on a Spiritual Adventure, click here to see where she is going next.