The Throne of Isis, Occitania 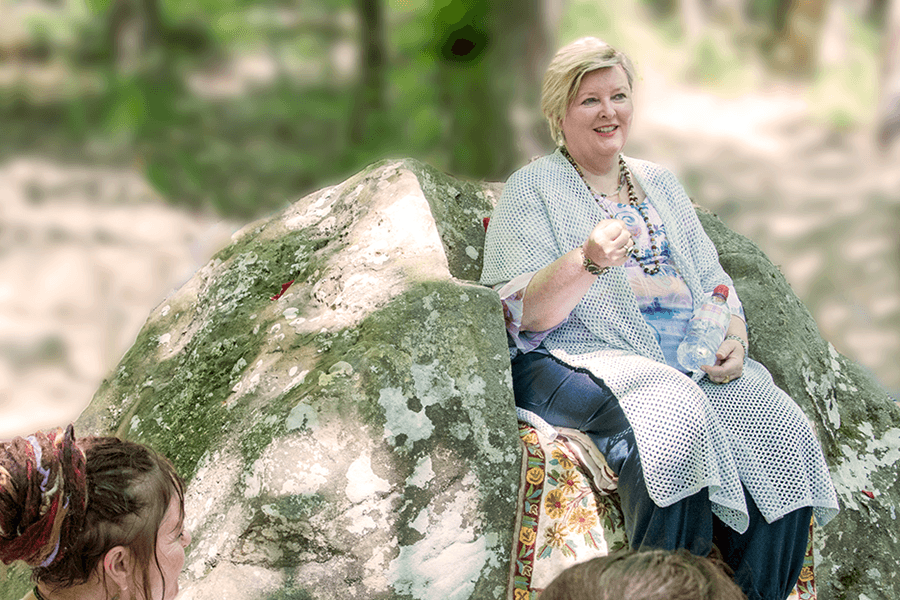 A lot of carnage also happened in these parts, such as the slaughter of the Cathars by the Roman Catholics, the ending of the Knights Templar who had headquarters in this district, and the ruthless suppression and demonization of natural religions and anything that deviated from the doctrines of the Roman Church.

Early in our explorations, we visited an ancient and remote site in the forest called the Throne of Isis. Renamed the throne of “Diable” (the devil) it sits quietly up on a hillside overlooking a picturesque valley. It was a bit of a climb to get up there but everyone in our group managed it amazingly well.

Right next to the Throne of Isis we found the old sacred well, which is from pre-history. As soon as we honoured the well it erupted into golden pillars of light flowing up, just as we had experienced in Wells, England. We moved from the well to the ‘throne’ made from a huge boulder, and first we purified it then decorated it to call in the goddess. When I sat in the seat, the energy started flowing and Mother Isis came through giving a detailed discourse about some states of being-ness and dimensions, which we have not previously explored. It felt so wonderful to use all the training from our Vedic studies, all the ‘is’-ness that has developed, to open more into the sacred feminine mysteries of the West.

After the discourse, everyone received a kind of initiation into the mysteries of Isis, each in turn sat on the ‘Throne’ of Isis while we all chanted with great enthusiasm. How lucky are we to experience such a delicious combination of the beauty of nature and the joy and wisdom of the Divine Mother.

If you are interested in joining Shakti Durga on a Retreat, click here to see where she is going next.

← Prev: Oh My Goddess Album Launch The Gift of Lineage →