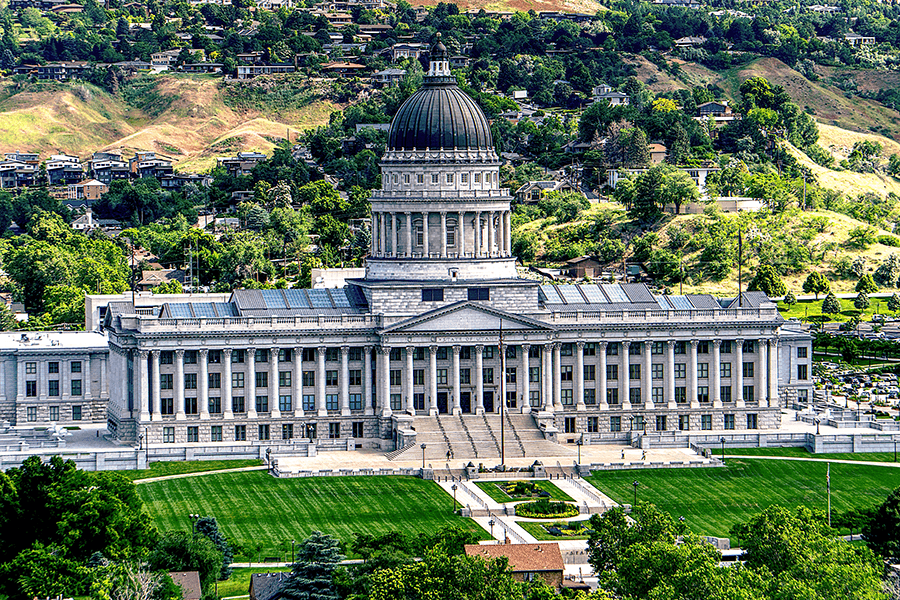 Here we are at the opening plenary of the world parliament of religions 2015 in Salt Lake City, Utah.

We are in a massive hall, with around 10,000 other spiritual seekers, and the energy is electric. At present there is a drumming ceremony, with Ute shaman drumming in the beginning of the Parliament. Two Ute chiefs offered prayers of welcome and prayed for harmony amongst us all and with the Earth.

It is reminiscent of a huge garden with thousands of flowers. Monks in orange robes, nuns in their habits, priests of all kinds, American Indians with headdress, African holy men and women with their beautiful sacred robes, Buddhist monks and pagans carrying the Green Man on high. Astrologers with glyph embroidered robes are rubbing shoulders with turbaned Sikhs, Jewish rabbis and Muslim imams. And thousands of people who want to explore, share, deepen their faith and understanding, are here in peace.

This parliament, which is the sixth in history, is about reclaiming the heart of our humanity. When it was declared open the crowd cheered with great enthusiasm.

The interfaith movement is so exciting. Vivekenanda woke up the dialogue at the first Parliament in 1893, and His disciples, generations later, are here in force. The second parliament was 1993, and it has happened every 5 or 6 years since.

As one of the introductory speakers said: the people of hate are outnumbered by the people of faith. All over the world, good hearted people are stepping up and helping bring in positive change. Even though our media reports the bad news, there is plenty of good. We are here to celebrate and empower that good. A just peaceful and sustainable world: this is the vision of interfaith today. How do we do it? There are hundreds of opinions being given a voice at this conference.

One of the main themes of the parliament is the rights of women. In parts of the world 2/3 of women and girls are uneducated. Not only they, but all of society is the poorer because we miss out on what the full potential of those girls may have been. The gifts and inner light of these people never gets to shine. How do people of faith help empower women world wide? And how does this affect world peace? As one of the leaders at the opening said, “The greatest threat to extremism and terrorism is not drones firing missiles, it’s girls reading books”.

At the first parliament there were only 19 women speakers out of hundreds. At this parliament the women outnumber the men as speakers. There was lots of applause about this.

When we all work together we can achieve things we cannot achieve alone. Tomorrow Mother Clare and I, together with three disciples of Vivekananda, will address the parliament on puja, Christian sacraments and Vedantic philosophy. Maitreya and Gayatri will sing, and the Peace Angels will be out in force.

You are in my heart: please keep us in yours.